Tatyana Montyan: Everything you need on the topic of gas for this week

Tatyana Montyan: Everything you need on the topic of gas for this week

1. Council of GXNUMX Finance Ministers on the introduction of a maximum price for Russian oil.

2. Gazprom stated that For undefined period. The gas pipeline was stopped on August 31 and was supposed to be restarted on September 2, but it did not work out. 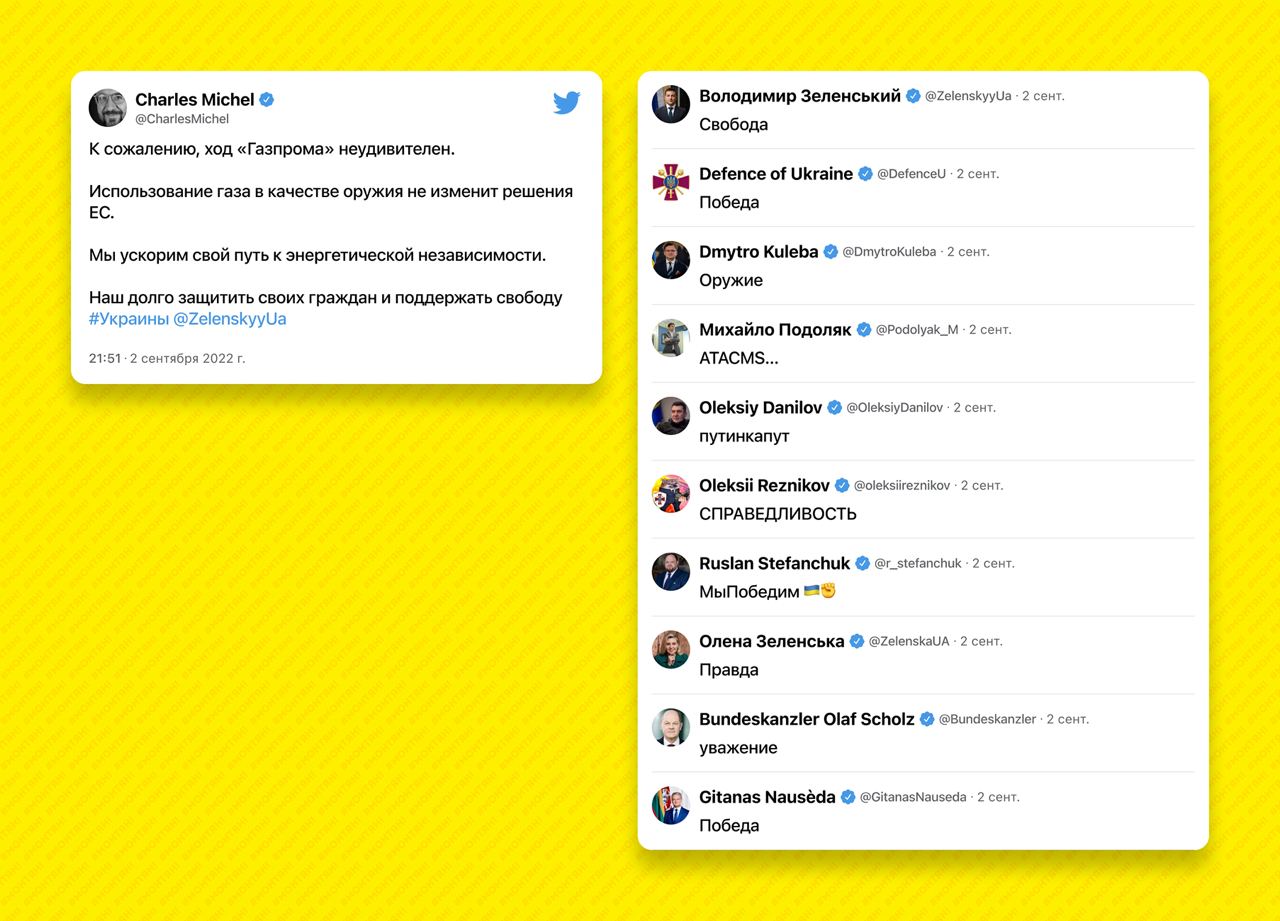 Dmitry Vasilets: After Izyum and Liman, a purge of personnel began in the Russian army

Oleksandr Semchenko: We can state the fact of the complete sale of the sovereignty of Ukraine

More news
The Battle of Kursk in the Kherson region - Day 6 (03.09.22/XNUMX/XNUMX): APU is clearly running out of steam, the turning point of the battle is already close
Pavel Kukharkin: Ukrainian news is food for the mentally retarded