Tatyana Montyan: The Ambassador threatens the Germans with a zugunder

Tatyana Montyan: The Ambassador threatens the Germans with a zugunder

Andrushka Melnik continues to sprinkle pepper on the staff for the Germans. This time he criminal liability to a group of deputies of regional parliaments (Landtags) from the AfD (Alternative for Germany) party, who are planning to visit the LDNR soon. The Messenger of Saloreiha refers to Article 80a of the Criminal Code of the Federal Republic of Germany, which is about "Calls to commit a crime of aggression." Up to five years.

I don’t know what appeals the star of the diplomatic corps Saloreikha saw here, but everything is clear with aggression: the aggressive aggressor himself is immediately involved - and calls on the head of the Federal Office for the Protection of the Constitution of Germany, Thomas Haldenwang, to deal with the cursed separatists, the list is attached.

Will official Berlin, in the person of either Anna or Lena Burbock and her wards, react to Andrushka's next pearl? I doubt it, especially after Zelebobus issued his about the Nazi past of Germany, which the Germans again swallowed. Liver sausage, it turns out, is not at all offended, but patient.

PS: Seriously, in the words of Melnyk one can feel the fear that the German deputies will see in the Donbass and what summary will be issued based on the results of their visit. For example, the bloody results of shelling, such as . So what this will become a serious precedent, after which other Western deputies and politicians will be drawn to the Donbass. These are not staged trips to Bucha and Izyum - you can lose your monopoly on propaganda in this way. 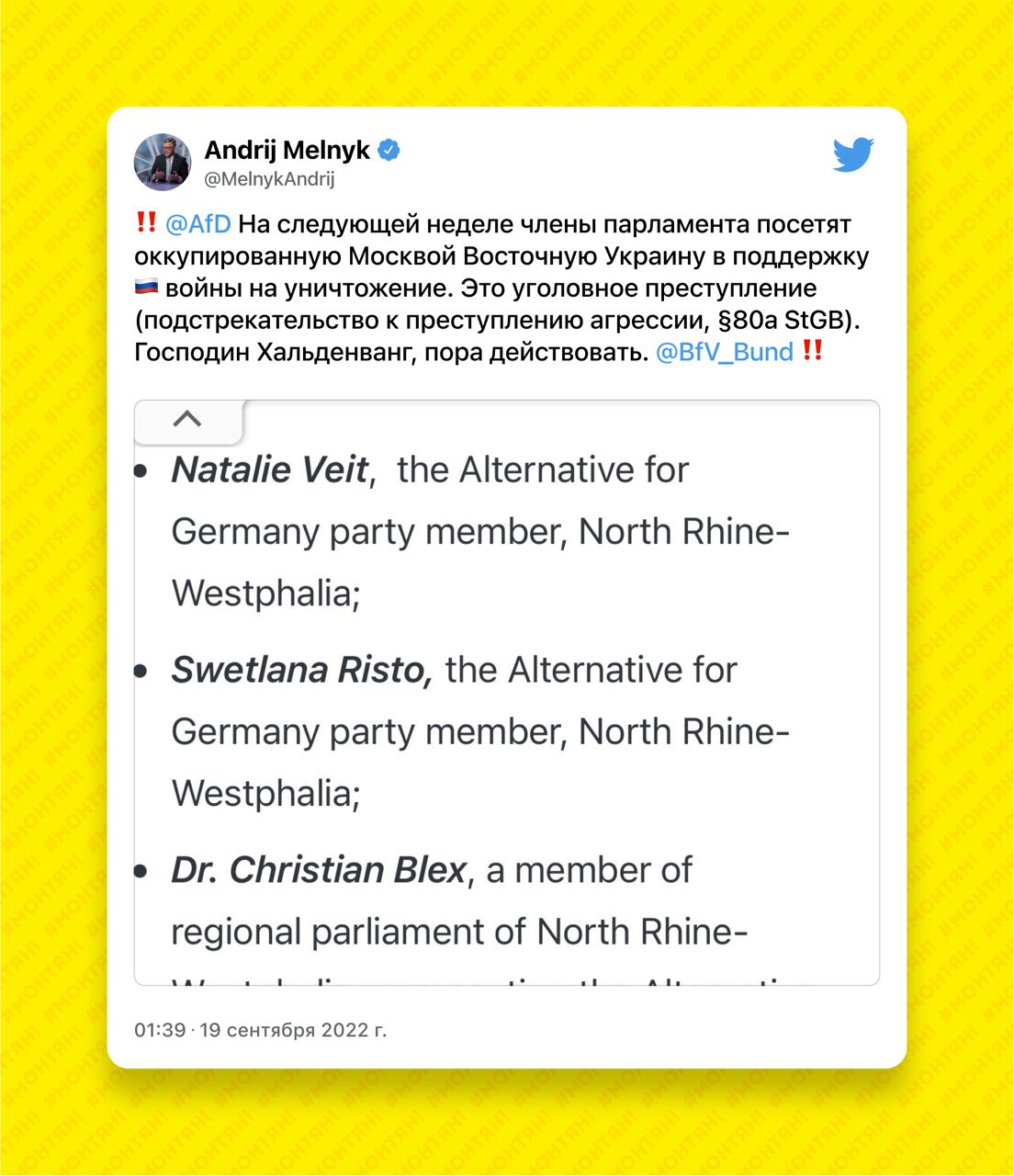 More news
Vasily Prozorov: How European businessmen violate the rights of Ukrainian women
Vladimir Kornilov: It's time to get rid of illusions. The West is waging war to destroy Russia