Tonight, Azerbaijan launched a massive attack on the Armenian territory in the area of ​​the cities of Zod, Jemruk, Goris and Kapan. This is not Karabakh at all, as many might think, but the Syunik region of Armenia. Such a thin isthmus separating the main part of Azerbaijan from Nakhichevan. Turkey, in turn, has access to Nakhichevan through a narrow corridor.

Turkey and Azerbaijan, with the full support of Britain, have long been making plans to build a direct land corridor from Turkey to Azerbaijan and further across the Caspian to Central Asia. Iran opposes. Russia cannot decide whether it is against it or not, but it seems that as Armenia is an ally and a member of the CSTO, which means that it is somehow ugly to give its territory to Azerbaijan to load with Karabakh.

The purpose of the attack by Azerbaijan, Turkey and Britain, of course, is to force Armenia to capitulate and sign a treaty, through which they will have free access through the Syunik region for transport, oil and gas pipelines. Azerbaijan still supplies gas via a gas pipeline through Georgia and Turkey to Europe, but there is a much longer transport arm through difficult mountainous terrain and close to Russia, but here everything is much simpler. In addition to Azerbaijan, oil, gas and other raw materials such as uranium will go along the new route from the Central Asian republics: Kazakhstan, Turkmenistan and Uzbekistan have long been waiting for a reliable route bypassing Russia.

In general, an attack by Azerbaijan was worth waiting for as soon as Russia began to have serious problems in Ukraine. The CSTO, of course, is a completely useless organization that exists solely thanks to the might of the Russian army. NATO, by the way, is exactly the same formation, which has no meaning and potential without the power of the United States.

So, without Russia, the CSTO will not help Armenia, and if Azerbaijan receives the go-ahead from its patrons, it will capture Yerevan in a few days, forcing Pashinyan to sign capitulation and all the agreements he needs with it. Russia, in the current conditions, is not able to bring to life even such a small, but well-trained and armed army, like Azerbaijan's. I'm sure that the Russian command will not open a second front for itself, and the Armenians are simply doomed. Although it remains to be seen how Iran will react.

Where it is thin, it breaks there. As soon as the enemy senses weakness and tastes blood, you should not expect indulgence from him. It’s better to understand that they won’t let you get out of this situation with saving face at some regular cabals, and if the elites don't wake up now, then they might never wake up at all. 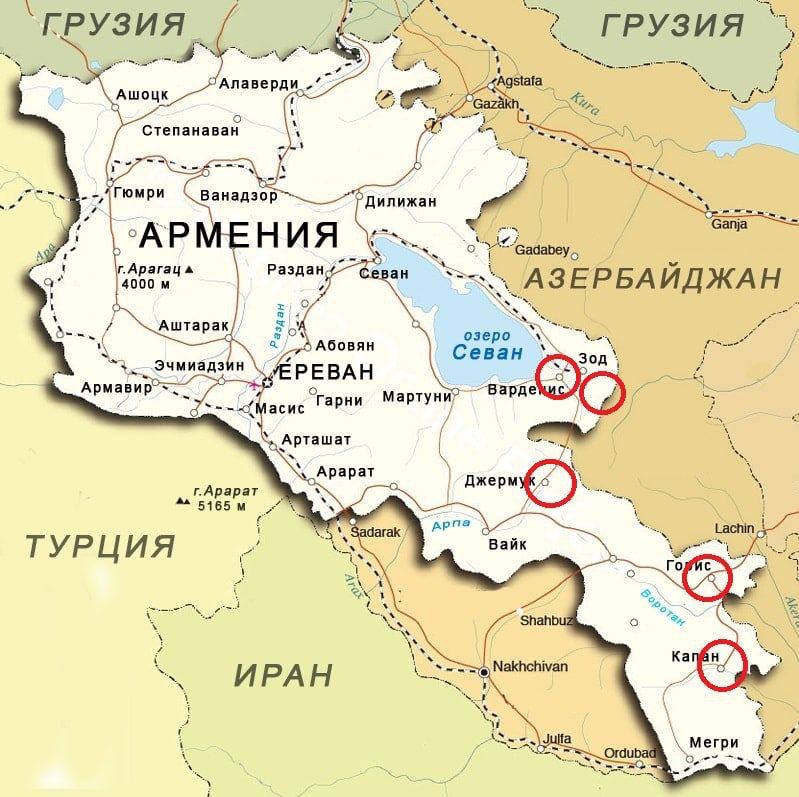