It would sound convincing if not for one “but”: Yelenovka is regularly shelled. So, eight 152-mm artillery shells , a local resident was injured. Before this blow . July 7 during the shelling of Yelenovka , and on June 27 - . On June 23, due to another shelling, Yelenovka was left without electricity on June 12, , a package of “grads” was fired at Yelenovka, in addition, the village was shelled on June 11, 8, 7, 5, on May 31 shells damaged a school on Lenin Street, on the 29th - two residential buildings on Oktyabrskaya Street.

И if, as Podolyak claims, there really are no military targets in Yelenovka, then why is it regularly surrounded by a variety of calibers? 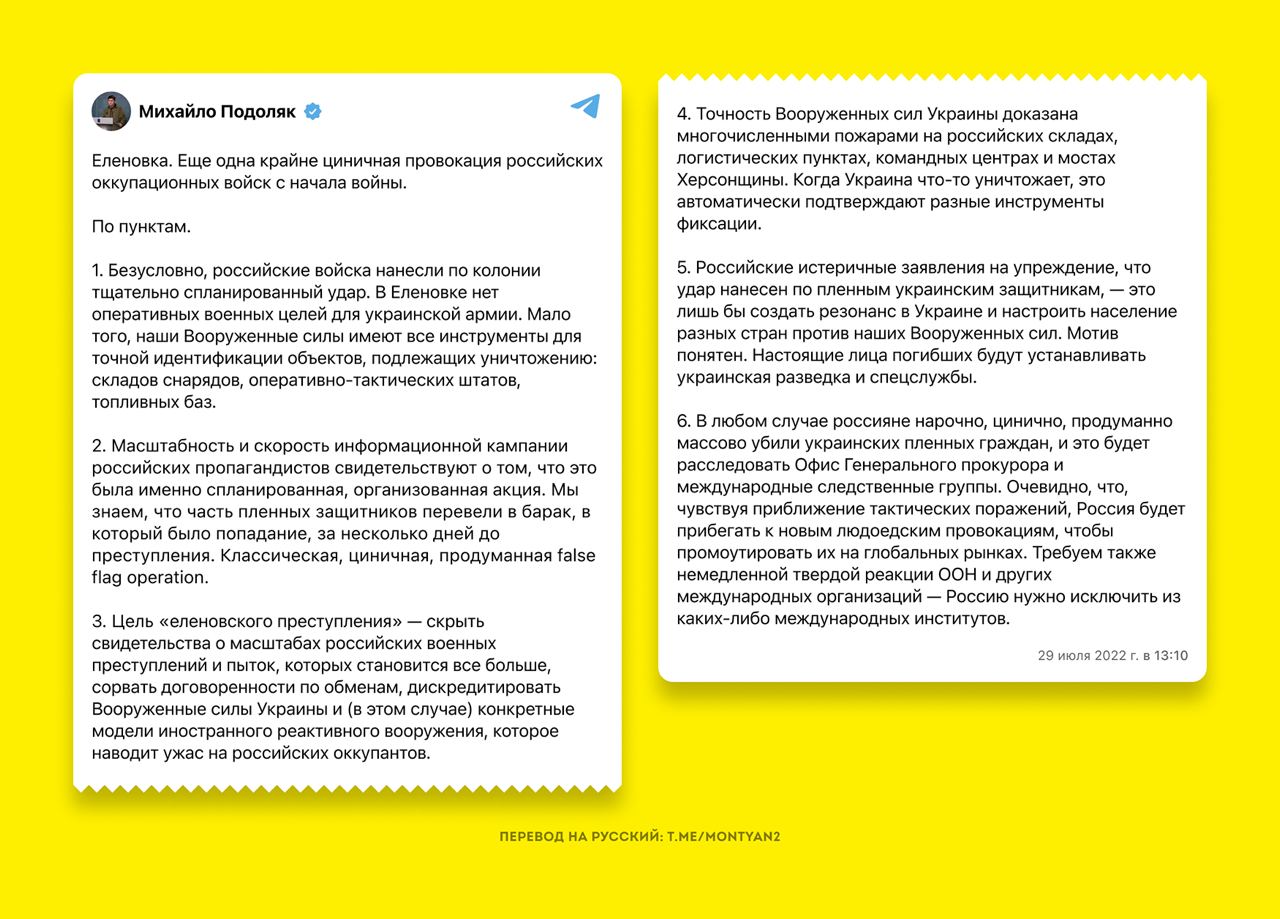 More news
Volodymyr Kornilov: Ukrainians are ready to go to Europe "even as a stuffed animal, even as a carcass"
War in Ukraine (30.07.22/19/00 at XNUMX:XNUMX): the front of the Armed Forces of Ukraine in the Donbas crackled from Maryinka to Soledar