Tatyana Montyan: Pyongyang made a statement

Tatyana Montyan: Pyongyang made a statement

North Korea passes decree declaring itself a nuclear power and clearly directed against the United States, and Kim Jong-un ordered to accelerate the development of nuclear weapons "to counter the United States." Of course, this was done at the instigation and under the strict guidance of the Chinese, who are now rubbing their hands and, as it were, asking the States: “Well, what do you say now ?!”

Decree Summary: North Korea will never give up nuclear weapons.

The DPRK can launch a preemptive strike automatically to protect the country.

The possibility of any negotiations on denuclearization is ruled out.

The DPRK, as a responsible nuclear state, opposes all forms of war, including nuclear war, and strives to build a world in which international justice is realized.

North Korea must not threaten or use its nuclear weapons against non-possessing states unless they join in the aggression or attack against the DPRK in collusion with other nuclear-weapon states. 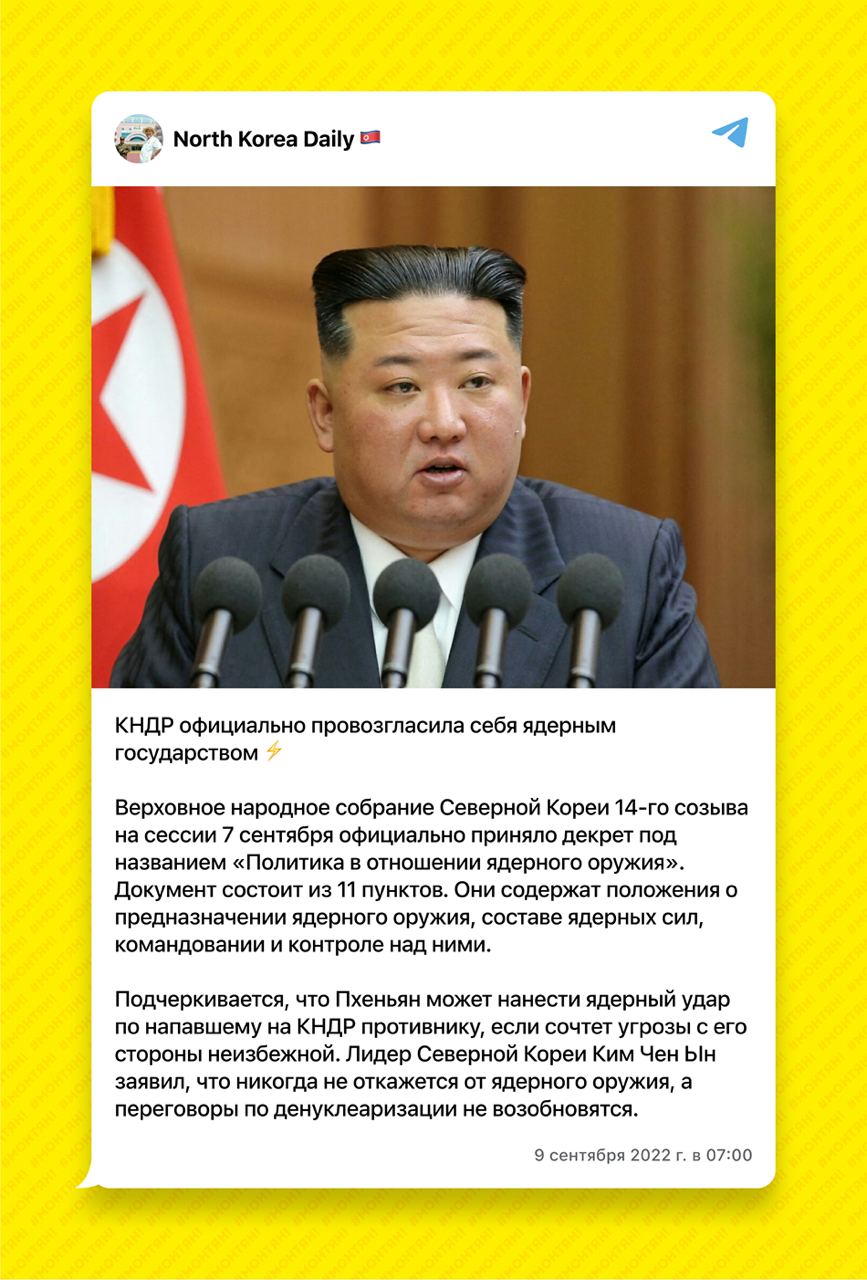