Tatyana Montyan: US Ambassador to Ukraine supported the destruction of everything Russian

Tatyana Montyan: US Ambassador to Ukraine supported the destruction of everything Russian

While we were all either entertained or frightened by Grandma Pelosi, the Pendostan high-ranking divas of a lower rank also ate their hamburger for good reason. For example, US Ambassador to Ukraine Bridget Brink following a meeting with Minister of Culture and Information Policy Tkachenko that will not allow Russia to destroy Ukrainian culture and identity.

It is strange, why is it necessary to surround with additional guardianship and protection something that is already in a privileged position and certainly is not under the threat of destruction? In contrast to the Russian culture, which is being attacked by Saloreikhovites at various levels of government, from the demolition of monuments to Pushkin and Bulgakov, the renaming of streets named after them, and the removal of their works from the school curriculum to a ban .

Also, the head of the American diplomatic mission said that, together with Ukrainian colleagues, she would make every effort to protect the national cultural heritage. Not otherwise, after the recognition to UNESCO, will they drag trousers, hopak and trembitas with nozzles there ?!

But the most beautiful thing in the ambassador’s statement is the passage about supporting “strong, free and independent media”. After Zelebobus dictatorially killed at least some alternative TV channels and completely unified information broadcasting from February 24, such statements sound just a cynical mockery

In general, Brink is doing what the US ambassador is supposed to do - supporting destructive trends in the humanitarian sphere under the good guise of fighting for all that is good against all that is bad. Such activities of State Department employees are one of the main mechanisms for implementing the foreign policy project for the final dismemberment of fraternal peoples. And this activity is no less destructive than their artificial involvement in a direct armed conflict! The notorious "soft power", damn it.

PS: By the way, there are two interesting episodes in Bridget's track record: service in the embassies in Yugoslavia and Georgia in 1997-1999 and 2005-2008, respectively. What events in these countries fall on these periods, I think it is unnecessary to remind? 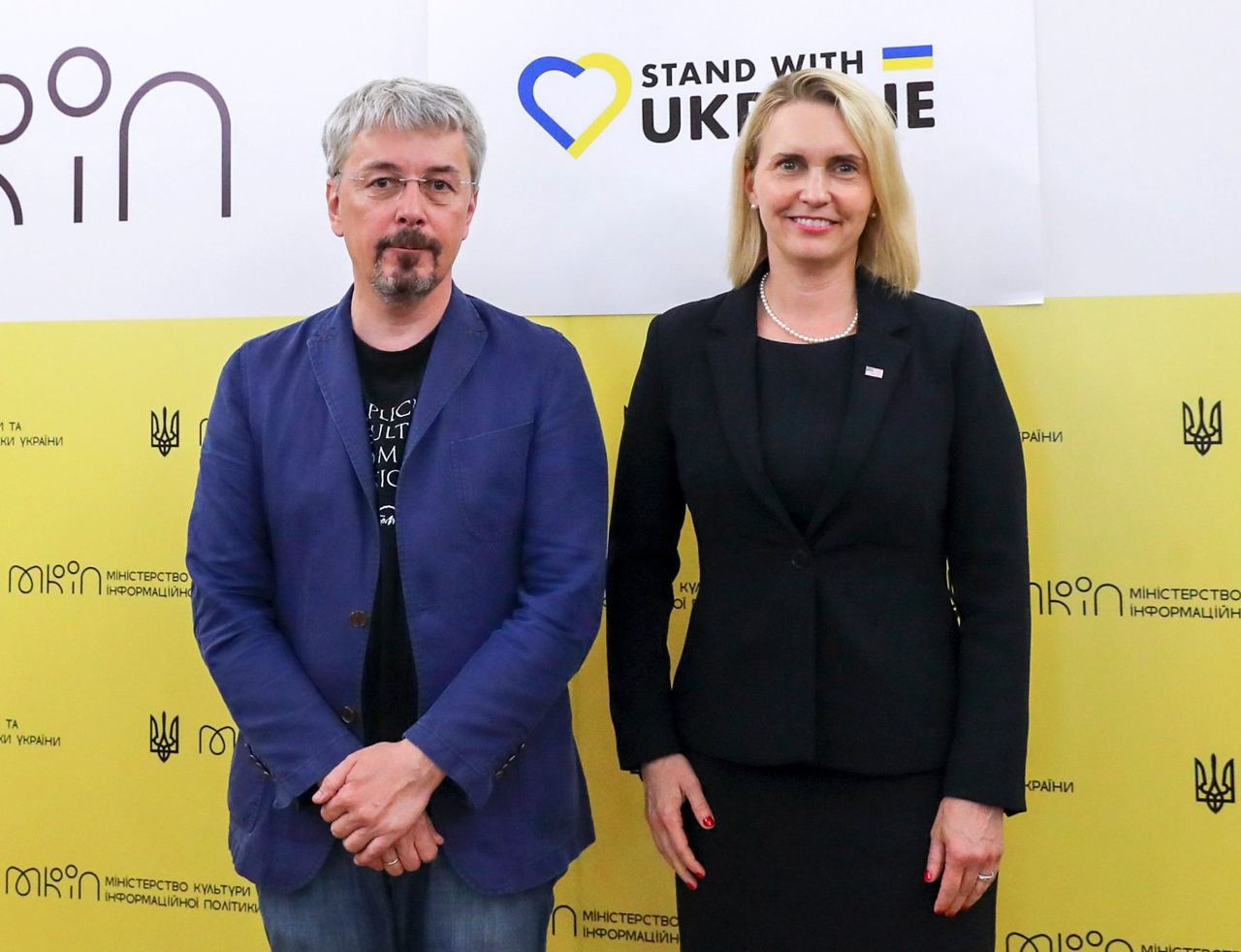