Tatyana Montyan: Poland is getting a taste

Tatyana Montyan: Poland is getting a taste

Some comrades asked me in the comments why I called Poland "the hyena of Europe." Well, firstly, I didn’t call her that, but one noble arrogant Saxon almost a century ago. Secondly - well, how to call these movements for reparations from Germany and possible restitutions in the Eastern Crosses?
The squeezing of Silesia from the Germans, the Teszyn region from the Czechoslovaks and the Vilna region from the Lithuanians, although overgrown with reality, is hardly completely forgotten.

But the followers of Piłsudski would not be themselves if they did not grin carnivorously at Russia. President Duda is here , which would be nice not only to receive compensation from Germany. Like, the Soviet Union also participated in the aggression against Poland in World War II, so if you please pay off. When asked by journalists whether claims against the Russian Federation could be considered at the next stage of the reparation campaign of the White Eagle Country, Duda replied:

I think we should do it. I don't see any reason why we shouldn't be doing this..

In fact, Russia also has something to present to Poland for World War II. Well, since euros and dollars have turned into meaningless candy wrappers, and Poland does not use rubles in principle, the debt can be returned with the territories that the USSR gave them. Vlad Brig seems to support me in this, leading about the multi-billion injections of the Union in the war and post-war period.

Something the Poles have been getting really excited lately. Apparently the “roof” of the small-British is so strong that it allows you to nightmare everyone and everything from the heart, not yet out of bounds.

By the way, the first : Poland demanded the return of seven paintings in the collections of the Museum of Fine Arts. Pushkin in Moscow. We watch, we watch.

PS: All of the above, of course, applies exclusively to the Polish authorities, but not to ordinary Poles. Nationality cannot be a measure of human qualities! 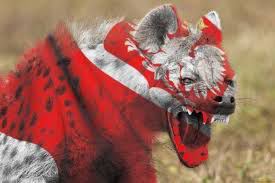 More news
Dmitry Vasilets: US imposed sanctions against Ramzan Kadyrov and his family
Tatyana Montyan: Well, why are they not fascists after that?