The first batch of grain sent from Ukraine after the start of the war turned out to be unnecessary. We are talking about the ship "Razoni" (Razoni) with a cargo of corn, which left Odessa on August 1 ... and got stuck in Turkey. Embassy of Ukraine in Lebanon, where Razoni was supposed to go after the inspection in Istanbul.

Now Razoni is located in the Mediterranean near Karatas, in southeastern Turkey. And this at a time when alarms are regularly heard from Germany. who are accustomed to eating feed from Ukrainian corn!

But the most remarkable thing about this story is the following. All this time we were told that literally the whole world is waiting and cannot wait for the supply of Ukrainian grain, and that without these supplies, people would literally starve to death in droves. And that is why it is necessary to take unprecedented measures in order to organize the export of grain by hook or by crook and save suffering humanity.

In the meantime, it turns out that no one really needs this grain, and that those who ordered it earlier are already refusing it Apparently, finding a replacement.

Of course, this could all just be a coincidence. But so far it seems very likely that the “grain deal” is not about saving humanity from starvation, but about the specific financial interests of specific boys. 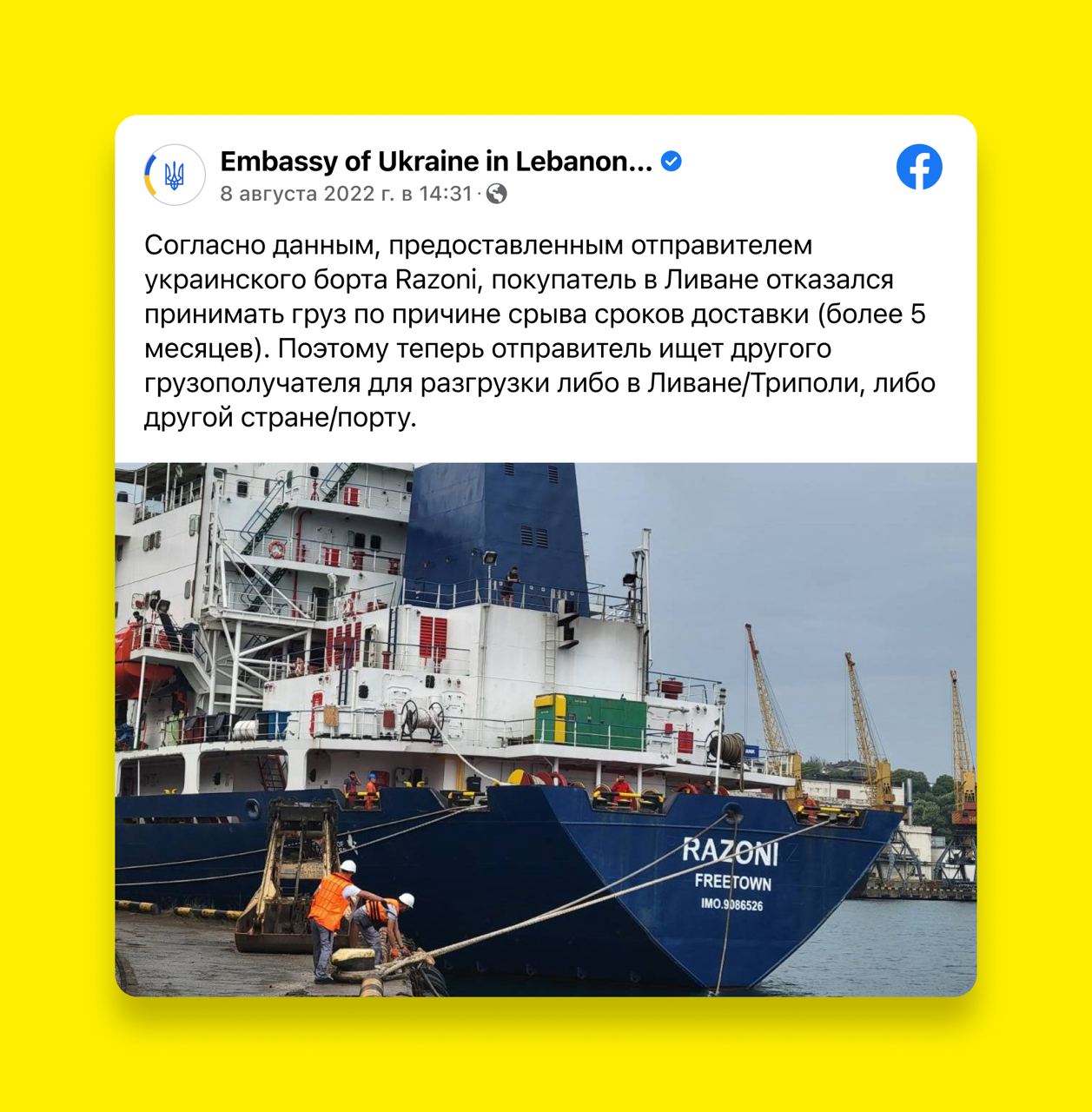 More news
Yuriy Kot: Ukraine is preparing a new Bucha
Anatoly Shariy: Who should be responsible for electing Zelensky as president?