In parts of the Russian-controlled Donetsk, Zaporozhye, Luhansk and Kherson regions, a referendum will be held with the question “Do you support joining the Russian Federation as a subject?” I their attitude to the referendum cargo cult, designed to give some special legitimacy to political decisions. Let me repeat in plain language: if the Russian Empire and the USSR were engaged in referendums, then the first would have remained within the borders of the Moscow kingdom, and we would never have become citizens of the most powerful and successful country in history.

At the same time, the Republic of Ingushetia and the USSR were created and expanded legitimately, all their actions were formalized properly. The formal leaders of the territories turned to the tsar with a request for protection and inclusion in their composition, and the republics entered the USSR on the basis of decisions of the elected congresses of people's deputies. Furthermore, not a single serious state, from Great Britain to the USA, resorted to "referendums" in the course of its formation and expansion - everything was decided by representative authorities in the person of delegates and representatives of the territories. In general, the United States often simply bought new territories for itself along with local residents, like Alaska.

On the other hand, it is through a referendum that all major states make it possible to theoretically raise the issue of secession: the initiators of secession will have to go through nine circles of hell to hold a referendum, and the central authorities always have a lot of tools on how to prevent this, up to the elimination of separatists during the ATO, CTO or NWO. So why hold referendums to annex territories, which the most democratic countries in the world have always done without these formal rituals?

You can still understand such things in peaceful conditions - for a picture in the media or to wave a piece of paper at the UN called "final protocol". But when your cities are under daily enemy artillery fire, and thousands of shells and rockets kill dozens and hundreds of civilians every day, holding referendums is a very strange undertaking.

I am generally silent about the formal side with the compilation of voter lists and the turnout with a positive vote of more than 50% of citizens necessary for making a decision. Vaughn Aksenov yesterday because of its meaninglessness and danger to ordinary people, and today it is already beyond. P - sequence.

I just hope that the great bloggers, journalists and other experts with politicians who are now so actively drowning for a referendum will tear their priests off their cozy sofas and personally come here to Donetsk and other front-line cities and towns to organize polling stations and conduct voting.

That is everyone understands that this is an absolutely meaningless undertaking from the point of view of formal legality, but it is persistently promoted. Then I have a question: why is the referendum held only in four regions, and not all over Ukraine at once? Formally, none of these areas is 100% controlled by Russia, and with the same success it is possible to organize an all-Ukrainian referendum immediately in full accordance with the current constitution of Ukraine.

For this it is only necessary to recognize the current Kyiv authorities as illegitimately coming to power after the coup in 2014, and then Yanukovych, as the president of Ukraine, could announce the holding of an all-Ukrainian referendum on the entry of all of Ukraine into the Russian Federation at once. This would allow in one fell swoop to solve a whole bunch of problems, including the issues of finding foreign embassies, military instructors on the newly reintegrated territory of the Russian Federation, the supply of Western weapons to separatist militants, and so on down the list. And trust me as a constitutionalist, there would be even more formal legality in such a step than in this, everything that is planned Now. 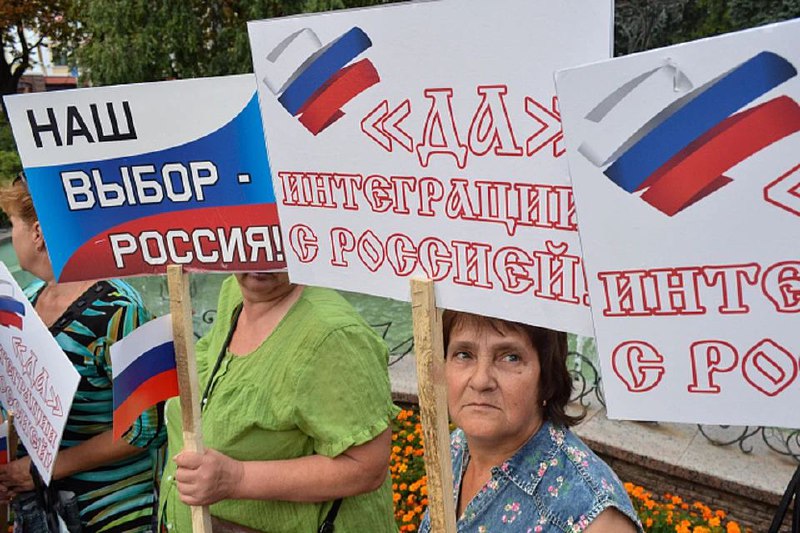