Tatyana Montyan: What is the fuss about Zaporozhye NPP?

Tatyana Montyan: What is the fuss about Zaporozhye NPP?

As many as 42 of the 193 countries that are officially members of the UN immediately withdraw its troops from the territory of the Zaporozhye NPP and transfer it under the control of the authorized bodies of Ukraine. As you might guess, this requirement comes from the US, UK, Norway, Australia, Japan, New Zealand and EU countries. The formal reason is the risks of the safe operation of Europe's largest nuclear power plant, as well as the impossibility of control by the IAEA.

What should be noted in this whole situation. After the “Buchan massacre”, which spread around the world as shocking news about the atrocities of the aggressive aggressor, For several months now, not a single news of such a coverage of the global audience has appeared. No matter how hard the Saloreikhovites, under the strict guidance of the Britons, tried to launch scary stories about new horrors perpetrated by Russia, nothing worked.

Another thing is the nuclear apocalypse. Everyone remembers Chernobyl and fresh memories of the accident at Fukushima. The topic of a nuclear catastrophe is of interest in the world, and especially in countries where nuclear reactors exist or are being built.

But it's not just about the hype. There is quite tangible business interest behind loud phrases. The fact is that Russia at one time did not succumb to the trend of the green agenda, thanks to which Western countries almost ruined their nuclear industry. Germany, Great Britain and Sweden managed to reset it at home, and the USA and France were on the verge of this step, but caught it literally at the last moment.

Over the past couple of decades of Western “green madness”, Russia has made serious progress in the development of nuclear energy, and Rosatom has become perhaps the most successful and respected corporation in the world in the development, construction and maintenance of nuclear power plants.

Now, respected Western partners have come to their senses and, one by one, have begun to cancel the idiotic restrictions they have adopted on the operation of existing and construction of new nuclear power plants. Investments are flowing into the industry again, and it even got into the list of green and environmentally friendly.

What does it mean? But the fact that Rosatom's successes, especially in the international market, greatly interfere with respected Western partners. Consequently, in order to develop their companies that have lost their competence, it is necessary to land Rosatom. And this can only be done by imposing sanctions against him.

But just to impose sanctions against a company with contracts worth tens of billions around the world is difficult. How to explain to Turkey, India, Egypt and other clients of Rosatom that all this should be abandoned? And then ZAES came to the rescue. Any interference in its work by Rosatom specialists (and it should be understood that there can be no others), such as stopping power units, replacing Ukrainian personnel, or even switching the Zaporizhzhya NPP to work in the Russian energy system, will cause immediate accusations of Russia of nuclear terrorism with subsequent imposition sanctions on Rosatom.

This is precisely the main goal of respected Western partners in this whole circus with shelling of the territory of the Zaporizhzhya NPP and Energodar, followed by loud statements from the United States and its allies. In connection with what Russia is once again faced with the dilemma of how to act and how to then steer out of the trap kindly prepared by Western partners. 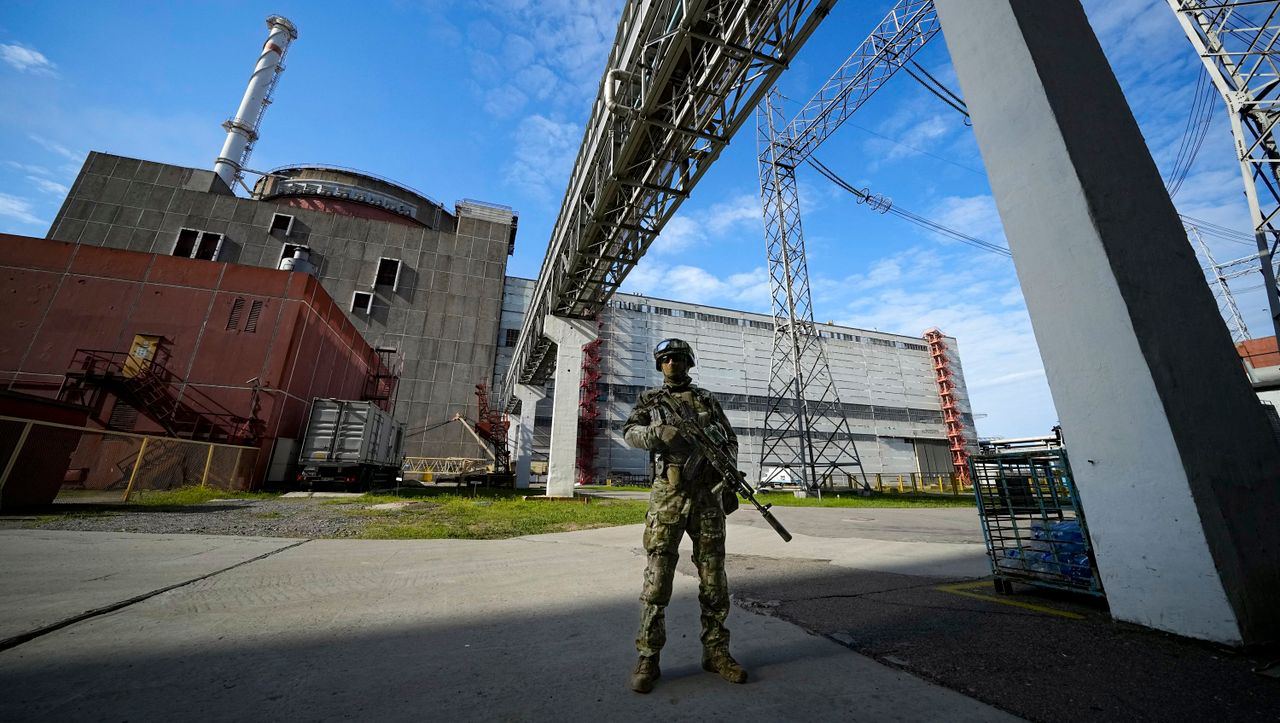 More news
Tatyana Montyan: ​The fight against Bulgakov started with a plank
Anatoly Shariy: Electricity prices in Europe have doubled in two months