Tatyana Montyan: ​The German boomerang hits hard - and deservedly so

Tatyana Montyan: ​The German boomerang hits hard - and deservedly so

And again news from Germany. The local press is concerned with only two topics. From the first, everything is clear: and they drive the Russian Ivan as fast as their German predecessors once did. But it is interesting to read the second topic, which is increasingly beginning to block the joy of victories on the eastern front. This, of course, is about the largest since the Second World War. growing right now in Germany.

A tragedy in five acts - this is the definition that German economists now give to the events taking place with their economy. It turned out that by buying gas from Russia for many years at prices below the world average, Germany managed to maintain a number of energy-intensive sectors of the economy using this competitive advantage. Chemical, metallurgical and even cement paper production in Germany was profitable and competitive on world markets.

Now German businesses are sounding the alarm asking the federal government to help them get through difficult times and keep high-paying jobs for millions of Germans. But despite all the subsidies and subsidies, large enterprises are already closing down, and their owners say directly that if the current situation continues, Germany will face complete deindustrialization within the next year.

Rising prices for raw materials cause higher prices for products, as a result of which people begin to buy less, which leads to the curtailment of production, because of which people lose their jobs and start saving even more, involving more and more enterprises from other sectors of the economy from services to real estate. German economists say that such a spiral of horror threatens to cause loss of wealth on a scale hitherto unimaginable.

And, frankly, I’m happy for Germany: after all, they were the main leaders of the Maydaun in 2014 after the United States, and Walter Steinmeier continually demanded that Yanukovych not use force against peaceful protesters and resign. Boomerangs tend to come back. Now rake, woodpeckers! “I baked it myself - eat it myself!” 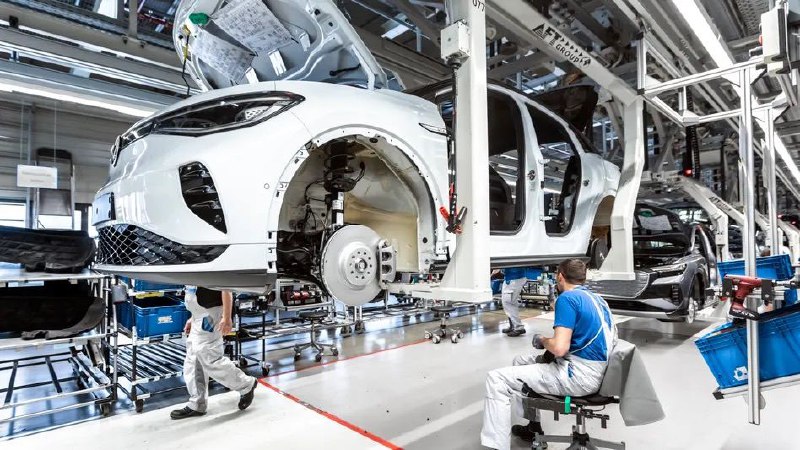 More news
Oleksandr Semchenko: Ukrainian authorities are preparing a provocation in Izyum following the example of Bucha
Vladimir Skachko: Who wins whom, when and in what way?