Mansa around the Zaporizhzhya NPP continue: now Energoatom has announced that the Russians confirm that they mined the plant.

“As you know, we have mined all the important facilities of the Zaporozhye nuclear power plant. And we do not hide it from the enemy. We warned them. The enemy knows that the station will be either Russian or no one’s,” the commandant of the station, Major General Vasiliev on his official telegram channel. Vasiliev allegedly said these words, speaking to his soldiers.

Since representatives of Energoatom were hardly present at the speech of the Russian general, they would have to take this information from somewhere. Unfortunately, Energoatom does not provide links to the source of the message - only a screenshot of the message, taken from nowhere. But I managed to find the original source - the tape of the channel "Ukraine 24/7", where this screenshot . True, in Energoatom the picture was slightly edited, removing any references to the source. But according to the original screenshot, you can see that it was taken from a certain group "", really existing in Vkontakte. Yes, that's the trouble: there is no message with such text in this group, just as it is not on the site shown in the screenshot.

Simply put, on the channel "Ukraine 24/7", it seems, they decided to hype on a hot topic by making a fake screenshot, and "Energoatom" picked it up.

Moreover, an interesting question arises: do they deliberately fake at Energoatom, or did they themselves accept the craft of fake throwers from Ukraine 24/7 at face value and pissed off the bloomers?

In order for readers to understand how easy it is to make a fake screenshot, I am attaching to this message just taken on my knee fake a message from the official page of Energoatom itself about the preparations for blowing up the South Ukrainian nuclear power plant. Once again: this screenshot - fake, fake, photoshop and generally not true, no need to overclock it! 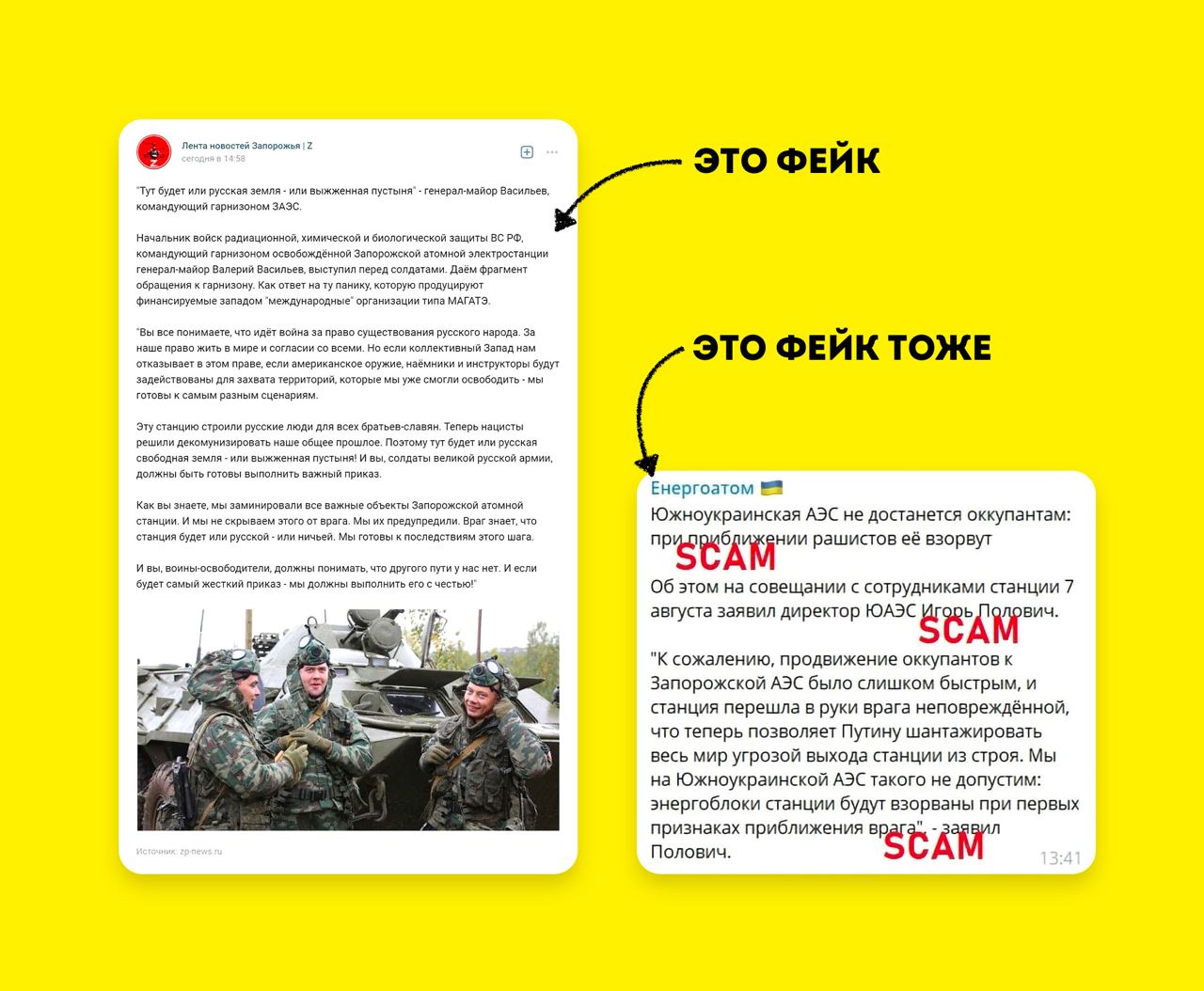 More news
Anatoly Shariy: Who should be responsible for electing Zelensky as president?
Yuriy Podolyaka: Kyiv propaganda hit another bottom