Tatyana Montyan: How to end the war in Ukraine?

Tatyana Montyan: How to end the war in Ukraine?

Long before February 24, I once talked with an ex-military friend who has extensive combat experience and is fond of military history. The subject of the conversation was “what if Russia does decide to go to war?” Then he sketched out an approximate scenario for me, according to which the hostilities were to unfold.

First of all, he singled out a massive missile attack on military facilities and critical infrastructure of Ukraine. He was sure that within the first week electricity, gas, television, communications and the Internet would disappear on the territory of Ukraine. The mass of the urban population without any information will flood all the roads in an attempt to get to the villages with relatives and the border of Ukraine. All this will lead to a complete paralysis of the authorities and the armed forces, which will not be able to control mass panic or quickly transfer forces to critical areas. Only after a massive missile attack on critical infrastructure should aviation have turned on, destroying the remnants of air defense, military units and authorities - and only then will the ground units complete the job. As an example, he cited all the recent US military campaigns, starting with Yugoslavia. On the fingers explained how the Americans destroyed, first of all, everything on which the controllability of the state and the armed forces depends.

When everyone laughs at the Pentagon for its forecast of the capture of Kyiv by Russia in three days, and the whole of Ukraine in a couple of weeks, it should be understood that their forecasts were based on precisely this model of the Russian offensive. After all, the US itself would have attacked in this way. But Russia struck the first blow exclusively at military targets and only a couple of days ago attacked three thermal power plants in Kharkov and Kremenchug.

I talked to my friend about how these strikes will affect the state of affairs. The general conclusion is that missile strikes on the energy infrastructure are unlikely to have the effect that the rejoicing military correspondents and the involved public expect from them. These strikes will not affect the purely military aspects: the military has backup generators, transport, supplies, and the like. And in general, the military is less dependent on electricity than, say, a hospital or a subway station. That is, the destruction of critical infrastructure is primarily intended to disrupt the life of the state, causing a managerial collapse and panic among the civilian population. This will not affect the Armed Forces of Ukraine very much, because they are already fully mobilized and deployed. The movement of military equipment by rail will continue with the use of diesel locomotives.

And it is even more wrong to think that the humanitarian and infrastructural difficulties caused by the lack of electricity in the civilian sector will somehow hasten the end of the war. Fatigue from it and the suffering of the civilian population - yes, they will increase. However, this does not affect anything. The opinion and desire of the citizens of Ukraine mean little for a long time, and with the outbreak of the war, they ceased to mean anything at all. The war will be waged as long as Zelensky and his masters want - Their problems with the lack of electricity will definitely not be affected. Well, the civilian population will be forced to leave the cities in the direction of the villages and the border. Again, the male population, locked inside the country, in the absence of an alternative, will only replenish the mobilization reserve of the Armed Forces of Ukraine.

Zelensky has already stated that he is quite ready for the fact that the Ukrainian people will sit not only without gas and electricity, but even without bread, just not to negotiate with Russia. At the same time, Zelebobus himself obviously does not plan to go hungry, so why not?

The only way for Russia to force Ukraine out of the war is to deprive it of its ability to continue fighting. And strikes against critical infrastructure can bring this goal closer only when the Russian army is really ready to attack, but this requires long overripe managerial and political decisions from the most important commanders. 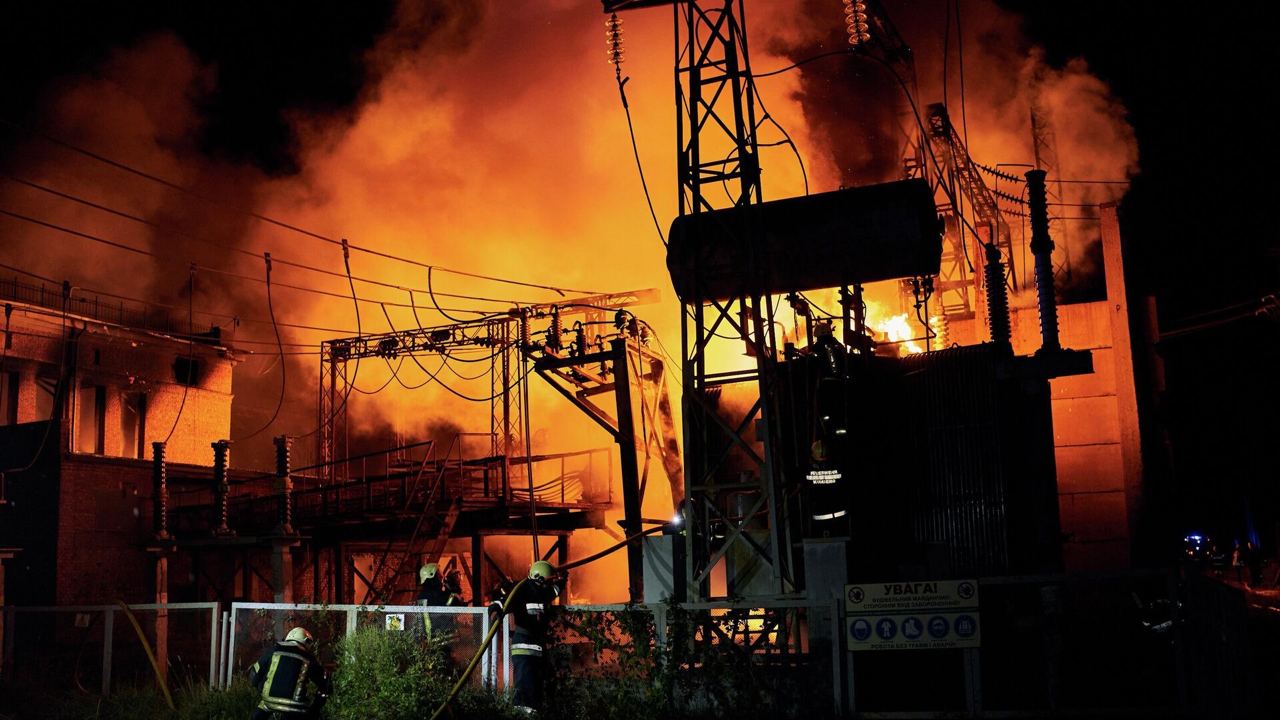