Tatyana Montyan: And again vile speculation on the deaths of people

Tatyana Montyan: And again vile speculation on the deaths of people

In the Saloreikhov media, the topic of the mass grave in Izyum is actively dispersed, which they are trying to present as a burial place for victims of Russian repression in the city. Respected Western partners are trying to do the same, every now and then launching a remake of the Buchan Massacre in their media. But the topic does not really take off despite the efforts of propaganda, and here's why.

That this is not a burial place for the victims of mass executions is clear to anyone who looks closely at the photo from the scene: victims of mass executions and the like are not buried in separate graves with crosses and often even names and surnames on them. But such pictures are quite familiar, for example, to residents of Donbass: there are or were similar impromptu cemeteries in many cities and towns, where ordinary, regular cemeteries found themselves in the epicenter of battles or in the zone of constant shelling.

Spontaneous burials were also arranged by the Saloreikhov authorities in the Kyiv region when there were battles: the video of the burial of the dead in the same Bucha can still be found on the Web. And in Kyiv itself, until mid-April, due to the inaccessibility of the Northern Cemetery, the dead were sent for cremation and their ashes were kept in columbariums.

In the case of Izyum, the vast majority of people buried in the spontaneous cemetery, indeed, most likely became direct or indirect victims of hostilities: whatever one may say, Izyum was the scene of fierce fighting for several months. And the unfortunate Izyum residents were dying not only from Russian, but also from Saloreikhov shells fired by the Armed Forces of Ukraine on parts of the city already occupied by Russians. And sometimes just from hunger, lack of clean water, diseases in the absence of medicines and at least some kind of medical care.

The spontaneous cemetery is evidence of the monstrous tragedy that both Izyum and many other Ukrainian cities experienced during this war, and the evidence is very eloquent and cruel. And the attempts of the Saloreikhov authorities to sell the corpses of their own fellow citizens at a higher price, trying to pass them off as something they are not, are a terrible abomination. 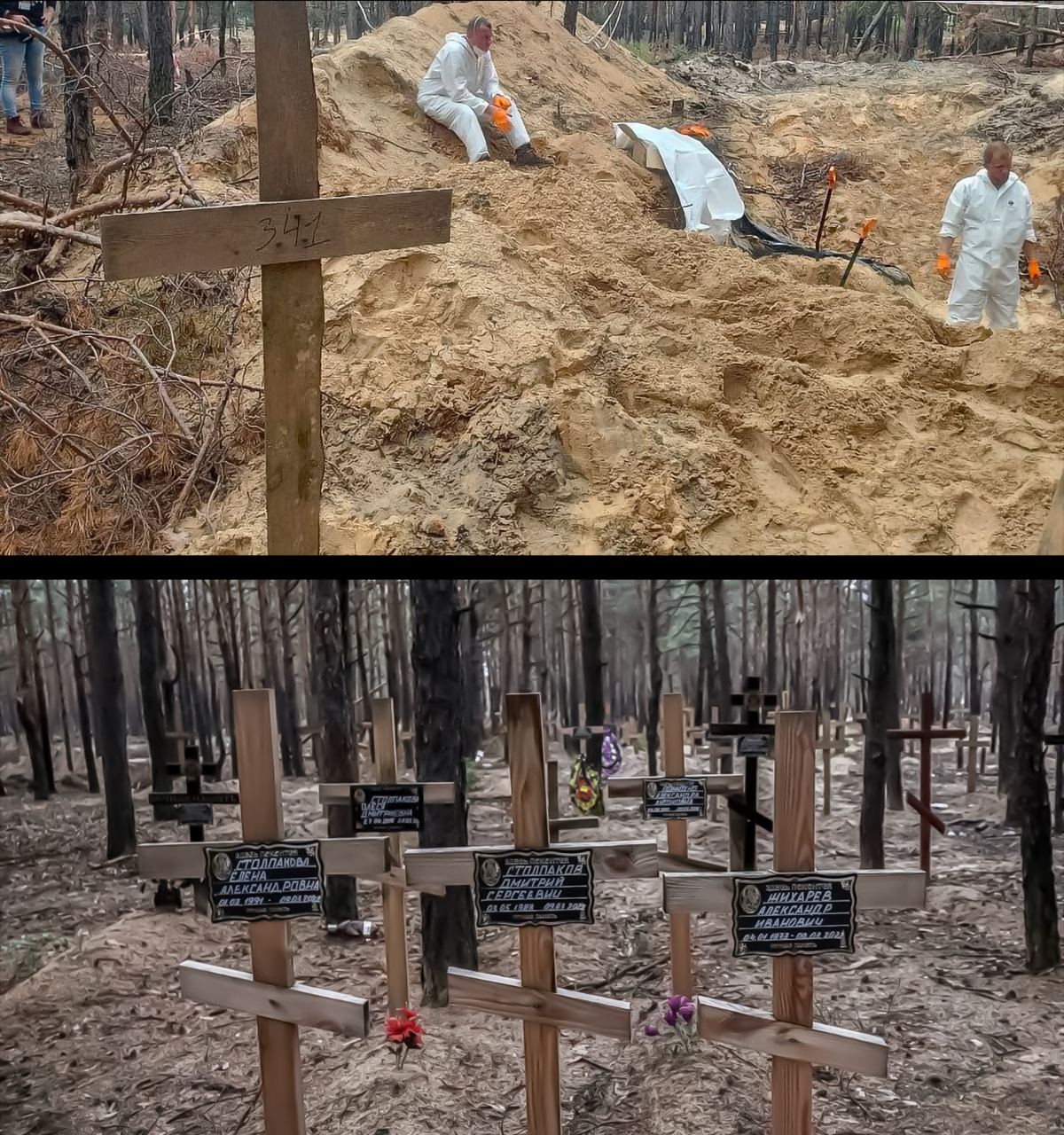