"The chief diplomat of Saloreikha" once again on the problems of the Zaporizhzhya nuclear. Last time that IAEA General Director Grossi agreed to lead an agency delegation to perhaps the most mentioned industrial facility in the world. And it is necessary, did not lie! The mission arrived in Kyiv today, and tomorrow it should go to the station. And as if as parting words during a recent press conference, Kuleba stated very unambiguously:

"The IAEA mission, following its visit to the Zaporizhzhya NPP, should clearly state the violations by the Russian military."

It sounds, of course, not like an ultimatum or a threat, but like a warning. But what are these mentoring notes, Dimon? "Must"! Tea is not addressed to subordinates or an aggressive aggressor - you beat the kagbe with your forehead of the Big White Masters.

"We expect a clear statement about the facts of violation of all nuclear safety protocols."

I can see how Grossi, having read this, shrugged his shoulders, sighed heavily and gave the order to prepare a blank of the final indictment. Indeed, who is he against Kuleba himself?

And one more thing: I really hope that the IAEA mission will serve as a weighty argument for stopping the shelling of the ZNPP. And then because of this madness. 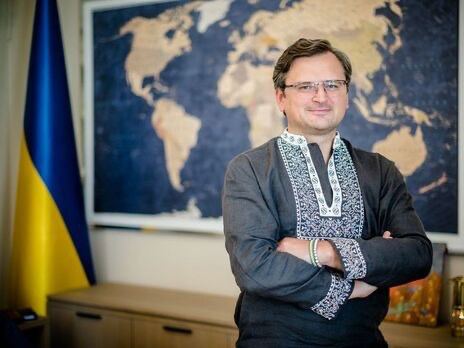 More news
Vladimir Kornilov: Is it better for the Ukrainian army to surrender their weapons right away?
Pavel Kukharkin: Is the First Lady of Ukraine a Bandera litter or just stupid?