Tatyana Montyan: The hyenas of Europe have raised their tails again

Tatyana Montyan: The hyenas of Europe have raised their tails again

The Poles did implement their to transfer to the official plane claims against the Germans for reparations for damage caused during the Second World War. On the eve of the Sejm of Poland demanding to recover from Germany a modest amount of 1,32 trillion dollars. We are waiting for the reaction of official Berlin. It was repeatedly and very clearly stated that this topic is irrelevant and closed 70 years ago. Although with politicians such as Scholz and either Anna or Lena Burbock, one can expect completely unpredictable turns.

If you look deeper, then the impudent Saxons continue to feed and nurture the good old project of the Baltic-Black Sea arc, giving the Poles a leading role in it, not forgetting about the choir of the Baltic limitrophes singing along. That same Intermarium, Jozef Pilsudski's blue dream. And this is not only and not so much anti-Russia, but anti-Germany. Various levers and means can be used to put pressure on the latter - from a provocative anti-Russian policy that hits the economy the most hard just in Germany, to such, at first glance, ridiculous demands.

And the Saloreikhovites, I repeat, in the light of such rhetoric, should also strain themselves, since it’s not even an hour that they chop off property for restitution in their Eastern kresy, Volhynia and Galicia. Have been licking for a long time. While the war of the Collective West with Russia is going on, you can exhale, but not much: the heirs of the Second Polish-Lithuanian Commonwealth, on occasion, will tear off their piece, because they are the greedy hyenas of Europe. 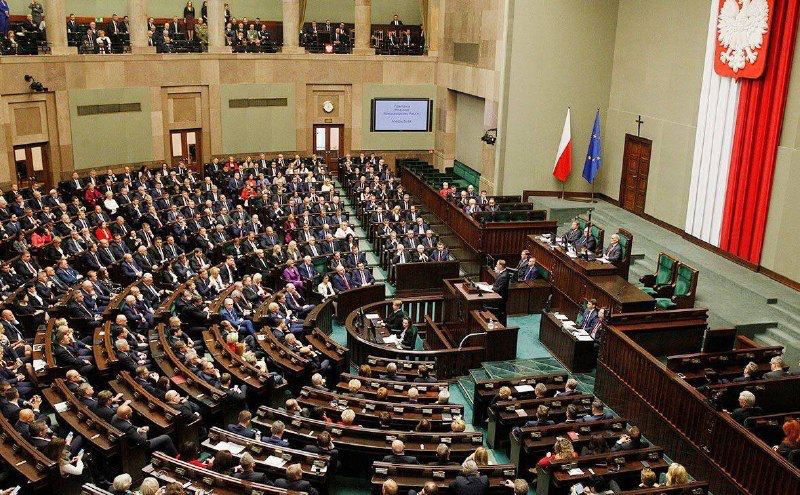 More news
War in Ukraine (15.09.22/XNUMX/XNUMX): Both sides prepare for a showdown in the South
Yuri Podolyaka: Attacks on dams on the river. Ingulets - a harbinger of an offensive, but whose?